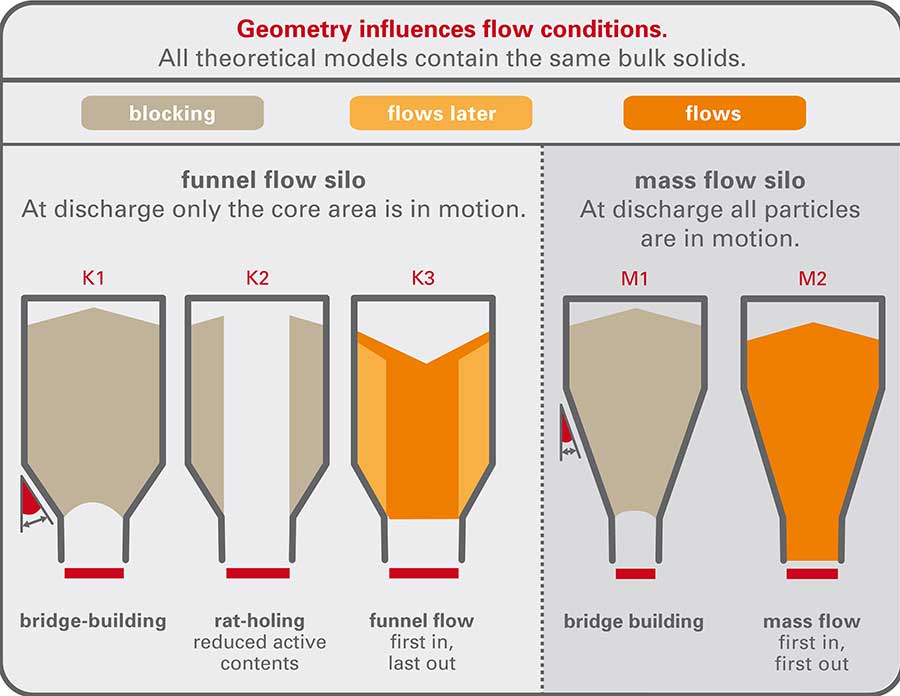 Bulk drug powder is sieved through 40 mesh screen.
Weight is taken and poured into a graduated cylinder via a large funnel. The volume is called bulk volume.
Apparent bulk density = Weight of the powder/Bulk volume

Bulk powder is sieved through 40 mesh screen. Weight is
taken and poured into a graduated cylinder. The cylinder is tapped 1000 times on a mechanical tapper apparatus. The volume reaches a minimum – called tapped volume.
Tapped density =  Weight of the powder/ Tapped volume

Solvents of varying densities are selected in which the powder sample is insoluble. Small quantity of surfactant may be mixed with the solvent mixture to enhance wetting and pore penetration. After vigorous agitation, the samples are centrifuged briefly and then left to stand undisturbed until floatation or settling has reached equilibrium.

Source of Variation of Bulk Density:

By milling, slugging or formulation

Bulk density is required during the selection of capsule size for a high dose drug.
• In case of low dose drug mixing with excipients is a problem if the bulk densities of the drug and excipients have large difference.

• Near the bottom, a set of scanning coils moves the focused beam back and forth across the specimen, row by row.

• As the electron beam hits each spot on the sample, secondary electrons are knocked loose from its surface. A detector counts these electrons and sends the signals to an amplifier.

• The final image is built up from the number of electrons emitted from each spot on the sample.

that may arise from processing or formulation.

A free-flowing powder may become cohesive during development. This problem may be solved by any of the following ways:
(i) by granulation
(ii) by densification via slugging
(iii) by filling special auger feed equipment (in case of powder)
(iv) by changing the formulation.

Procedure:
For free flowing powder: A simple flow rate apparatus consists of a grounded metal tube from which drug flows through an orifice onto an electronic balance, which is connected to a strip chart recorder. Several flow rate (g/sec) determinations at various orifice sizes (1/8 to ½ inch) should be carried out.

The greater the standard deviation between multiple flow rate measurements, the greater will be the weight variation of the product (tablets or capsules).